With 2011 being the first season for Dirt Riot Endurance Racing everything is brand new with each race. We started the week off with a lot of hard work prepping the event site for a race like Ram had never seen before. We stretched out a five mile course in an area that had only seen a race course no longer than three miles. Friday was tech and registration at a local downtown club called “South Side Johnny’s”.  The teams spent the evening bench racing at Johnny’s telling big stories and playing pranks on each other. 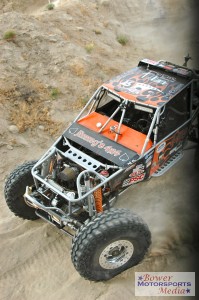 Saturday morning came early for many of the teams with driver’s meeting, course parade laps and starting position qualifying starting at 9am. The parade lap saw two unlimited class cars bow out of the competition with un-reparable damage. Some close calls for a couple of teams with near rollovers caused by hard charging driving styles promised that the main race was going to hold a lot of action.

The UTV race saw only two teams competing, both teams were from the same unlimited team, with the drivers using the UTV race to gain track experience. Both UTV’s rolled in the same location on different laps, but both were able to finish the one hour race. The winner was the father and son team of Weldon and Jacob Nutt, with 5 laps completed in 1:07:56, second was Jason Dixon with 5 laps in 1:08:06, a close race considering it was over 25 miles.

The Trail Class saw seven cars with a wide range of vehicles represented. Trevor Ritch completed 5 laps in 1:18:59, winning the race after lapping the competition. Ben Swain finished second with 4 laps in 1:06:35 and Adam Arsenault finished in third 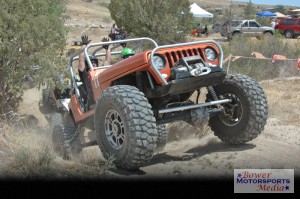 The Unlimited (U4) Class saw 18 drivers signed up with 16 taking the green flag start. Local and new comer racer Chris Hoyt set the fastest qualifying lap with Derek West and Levi Shirley only seconds behind. The race lap times were fast and furious with the fastest lap time of the day set by Derek West of 11:42, and while Derek lead the race for every lap, after taking the white flag he missed a double jump and ended his race with less than 2 miles remaining! This gave Levi Shirley, who was driving flawlessly from start to finish, the win. Second place went to Loren Healy in his first race 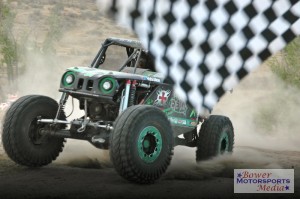 with Dirt Riot Endurance Racing. Loren started from the rear after rolling in qualifying. Derek West placed third after his rollover on the final lap. Levi Shirley and Loren Healy finished 14 laps each in 3:12:56 and 3:20:20 respectively, Derek completed only 13 and fourth place finisher Brian Walker finished 11 laps within the three hour time limit.

The next race on the Dirt Riot Endurance Racing schedule is Sept 17th at Copper Mines Off-Road Park located just outside Altus, OK. This third race of the first season promises to be the biggest race for Dirt Riot’s Unlimited (U4) Class to date.