What an awesome day of racing!!  Our Thanks to everyone who made today so successful, especially Josh Rhode and Holland Ligon. 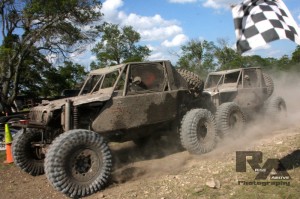 PLACERVILLE, CA   JUNE 12, 2013: Drama in Dirt Riot racing?  Absolutely!  Never a lack of it, especially as the final round of the Central Series at Canyons Offroad Park in Fredericksburg, TX started to take shape.  Not only is it a very competitive racing group, but it was also the last race to determine the Central Season Points Winners.  The winner of the Dirt Riot Pro 4400 class, and the custom made Canyons Offroad Park belt buckle, was Brian Shirley and the overall winner of the Central Series is Levi Shirley, but as simple as that sounds it never is.  “The race at the Canyons Offroad Park in Fredericksburg is never boring; long twisty canyons, lots of flat tires, and storybook finishes that you just never know what to expect.” said Rich Klein, President and founder of W.E. Rock Events.  “We really appreciate everyone that came out and made this year’s Central Series such an amazing battle to the end!  We will be telling these stories for years to come.” 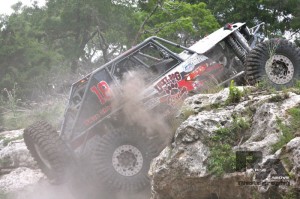 Twenty-one year old Levi Shirley has been having a taxing season with Dirt Riot, he’s either at the top of the podium, or trying to finish a single lap.  As last years Central Series and National Series winner, nothing seems to come easy this year.  The final round of the Central Series Pro 4×4 4400 class race was no exception.  Levi started the race on the pole position and held the lead for most of the day, three hours in to the race, one of the Dirt Riot staffers called in “Levi’s out of gas!”  He was about 1/2 mile from the checkered flag.  The other Lucky Dog race team member, his dad, Brian Shirley was running in second place, but was a full two minutes behind.  Levi needed to finish 30 seconds ahead of Brian to win the race.  The next call in was, “You are never gonna believe what’s headed your way!”  Rounding the last bend, the two Lucky Dog cars were coming straight towards the finish line, Levi in the front with Brian pushing him!  A great finish to be sure, but crossing as they did gave Brian the win, less than 30 seconds behind Levi.  Congratulations to Tony Arledge for his first podium finish taking placing third.  Adam Carter took fourth with local Crawling Chaos Shawn Inman in fifth.  Doug Kahlsrom 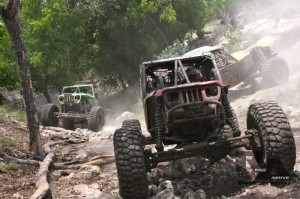 In the Central Series Points, last years series winner Levi Shirley went into the race leading the points, but Clay Gilstrap was only 4 points behind him with third through 6th place all within points of each other.  When Clay Gilstrap had car issues a little over half way into the race, the door was opened for the second place spot to change.  After all the dust settled, Levi Shirley will continue as the reigning Central Series Champion with Brian Shirley in second and Clay Gilstrap in third.  The series winners will be awarded trophies and series cash money at the Dirt Riot National Rampage event October 12th in Texas.

Jason Kaminskey came all the way from Colorado to race in the Pro 4600 class and won, also taking the Central Series Class win. 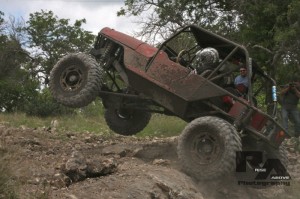 All of the Mod Trail class completed four laps, with only 15 seconds separating first from second giving Cody Consford the win with Darrell Gray in second.  Shelby Gilstrap was only a half lap behind in third.  Duane Garretson had early problems finishing fourth, Emma Wilson and Aaron Ward were not able to complete a lap.

In the Mod Trail Central Series Points battle, Darrell Gray had two dominant wins, and even after his second place finish by just seconds, he still had enough points to take the title.  Shelby Gilstrap placed second in the series and Duane Garretson rounded the top three.

The Stock Trail Class was just as close with only minutes between first and third, all completing three laps.  Jason Davis of CRAWLfish Racing took the win, with 14 year old Cody St Clair in second and Steven David in third.  Duane Garretson in the Come Get Ya Some jeep took fourth with one lap and Doug McDowell had early issues and didn’t finish one lap. 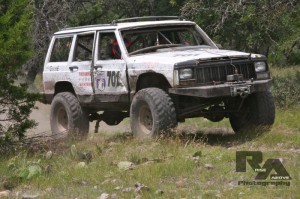 In Stock Trail Class Season Points, Doug McDowell in the #603 Boobie Truck had the series title all wrapped up, all he had to do was finish a single lap.  But it wasn’t in the cards; the truck broke in the first mile of the course leaving the series title up for grabs.  Fourteen-year-old Cody St Clair and Southern California transplant Jason Davis now both had the opportunity to take the series win!  Jason came out the victor due to bonus points for getting the win.  Duane Garretson took third and Doug McDowell dropped to fourth in the overall standings.

UTV class in the Central Series has been strong all year long, and the Canyons Off Road Race was no different.  With 20 UTV’s on course, first through seventh all completed four laps, and eighth through eleventh had completed three laps!  It was a battle!  Congratulations to Josh Marasek who took first in the UTV class by a clear 2.5 minute lead over second place Tim Jackson.  All on the lead lap, Whimpy Lawson took third, Lee Gilstrap took fourth, Lindsay Syler took fifth, Derek Gaury took sixth and Terry Kenyon took 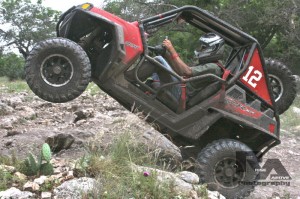 In the Series Points fight, the UTV class had seen Wesley Gryner dominate the first two series races, a flat tire and broken parts took him out of first at this Fredericksburg race, but he kept enough points to keep the Series Win.  Levi Shirley took second in the series and Terrell Gauny took third.  Only one point separated second and third place.

Dirt Riot is an Endurance Racing series that is composed of 4 series of 3 races that stretch across the country.  At every Dirt Riot race there are 3 Professional 4×4 classes, a Trail/Sportsman 4×4 class and a UTV class.  The classes are built to encourage local 4×4 or UTV participants to join us in a day of fun racing.  For registration information go http://www.werocklive.com/2013-fees-payout.

Spectators are always encouraged to come and enjoy the day of racing entertainment.  There are vendors, food and amenities on site, and we encourage you to bring chairs and shade structures. 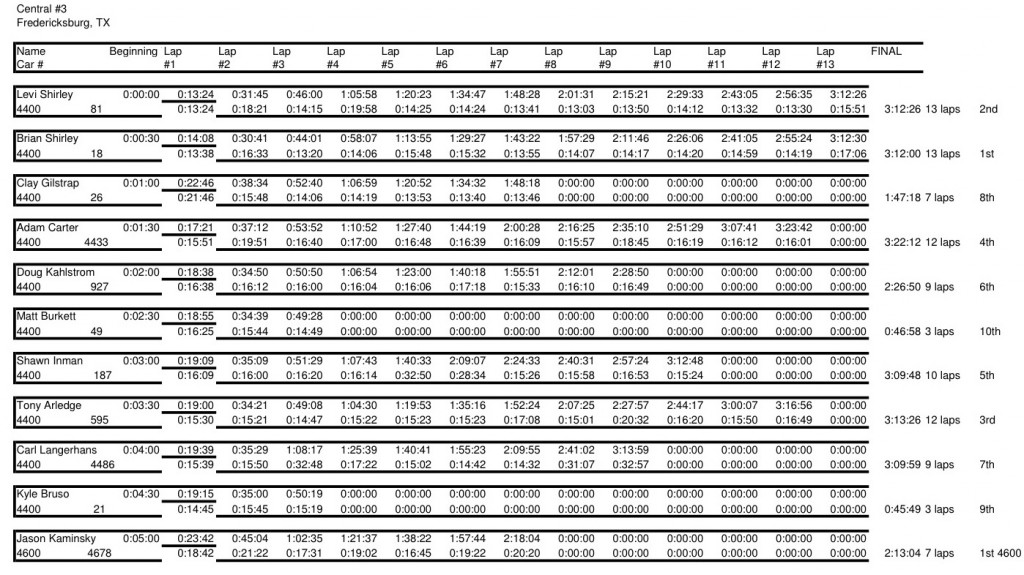 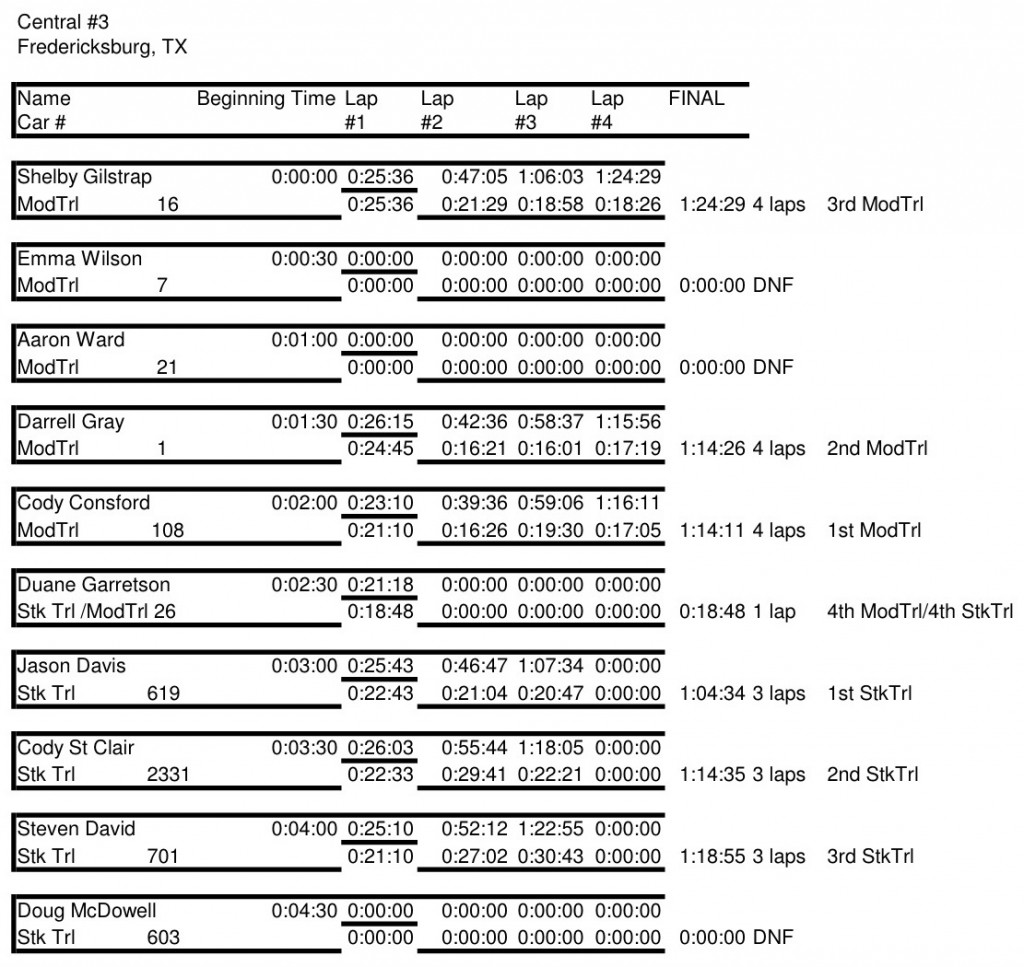 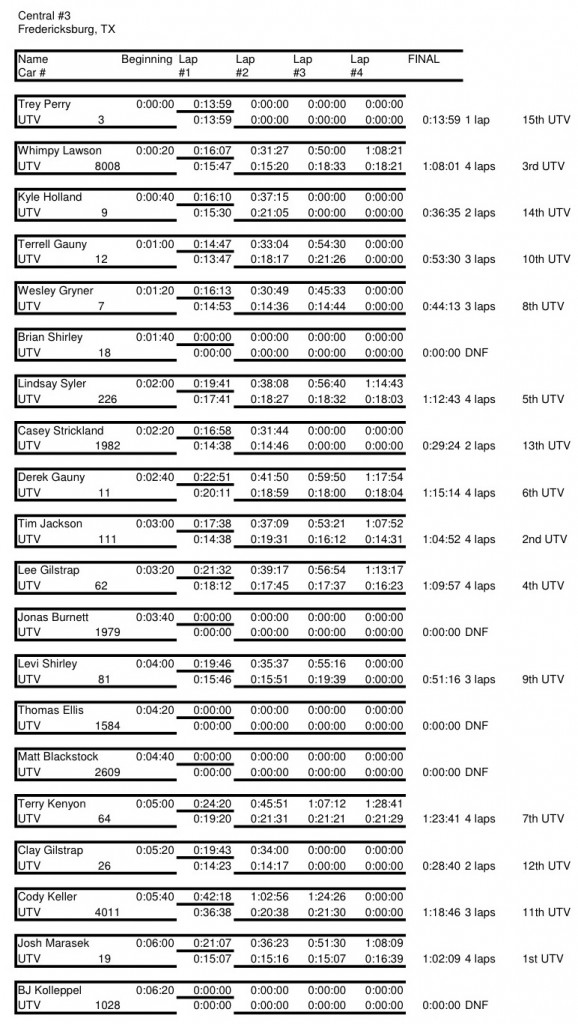 This will be the third and final round of the Central Series in Dirt Riot. 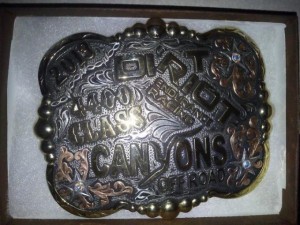 PLACERVILLE, CA   MAY 29, 2013:  The Dirt Riot Central Series will wrap up this Saturday June 1st at Canyons Offroad Park, where there won’t only be a race winner but also a series winner.  Last years series winner Levi Shirley is currently leading the points, but Clay Gilstrap is only 4 points behind him with third through 6th place all within points of each other.  “This will be an awesome race to watch.  Not only is it at a great ranch that has a lot of exciting areas to view, but the height of competition is going to be intensified by the season points race,” said Rich Klein, President and founder of W.E. Rock Events.  “In addition to the cash purses that these guys and gals can win, Canyons Offroad Park has made two awesome belt buckles that will be awarded to the Pro 4400 winner and the UTV Class winner!”

Drivers that are confirmed to race at this event include Dirt Riot 2012 National Title holder Levi Shirley and his dad Brian Shirley. Crawling Chaos Club Members Carl Langerhans and Shawn Inman, along with more Texas locals, Clay Gilstrap, Doug Kahlstrom and Seth Santikos will all be suited up and ready to race.  Adam Carter, Kyle Bruso, and Kenny Blume, who will be debuting his brand 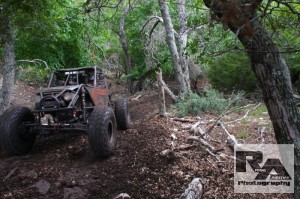 new Ultra4 car, will be representing Oklahoma, Arkansas and Alabama.  Many others will register on Friday at the Driver Meet and Greet at Joe’s Bar on the square in Llano Texas from 5-8pm.  The Stock Trail and Stock Mod 4×4 class will have common names at the Central Series Dirt Riot events including Jason Davis, Steven David, Cody St. Clair and Emma Wilson.  The last Central Series race at the Coppermines Offroad Park had 26 UTV’s racing against each other, so we suspect this to be a large race with Matt Blackstock and Casey Strickland already registered.  With only some simple safety requirements, anyone is welcome to join and race as part of the action!

There are 3 Professional 4×4 classes, a Trail/Sportsman 4×4 class and a UTV class.  The classes are built to encourage local 4×4 or UTV participants to join us in a day of fun racing.  For registration information go http://www.werocklive.com/2013-fees-payout. Dirt Riot is an Endurance Racing series that is composed of 4 series of 3 races that stretch across the country. 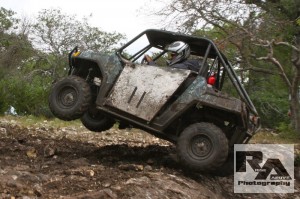 Spectators are encouraged to come and enjoy the day of entertainment on Saturday June 1st.  Qualifying for the 4400 4×4 group starts at 9am.  The UTV’s will take the track at 10am for an hour grand prix finish.  At 11:30 the Stock and Modified Classes will run for an hour race.  The main event will start at 1pm when all the 4×4 Pro Class will take the course including the 4400, 4500 and 4600 classes.  The grand prix finish will be around 4pm with awards and cash payouts immediately following.  The winners of each class are determined by the most number of laps completed in the set amount of time.   There will be open wheeling on Saturday after the race until dark and on Sunday.

Admission is $15 for adults, $5 for ages 8-15, children 7 and under free and Military with ID get $5 off. There are vendors, food and amenities on site, and we encourage you to bring chairs and shade structures.  We are excited to have Creighton King and Maxxis Tires on site for this race. 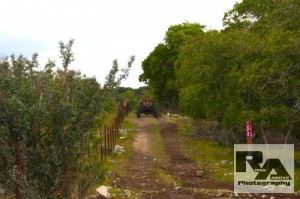 The race course is approximately 6 miles long and has about 4 higher speed sections, but is still consistent with a Canyons race with lots of trees and twisty trail sections.  About 70% of the course is the same as last year with obstacles like the Gate Keeper, Toyota Killer, Boss Hog, and Flipper.  New sections are a couple of hill climbs and a couple of ledge drops that are all do-able by the Dirt Riot Cherokee.  Most of the muddy areas from the past have been removed.  Just like every Dirt Riot race, it will be easy enough for UTV’s and Stock 4×4 participants to have fun, but tough enough for the Pro 4400 cars to be challenged.

This will be the location for any updates over the weekend, Results and Photos!  Please be sure to come back to see more.
CLICK HERE to pre-purchase tickets.  Please use this method if you would like to use a credit card. There is limited online access at most event sites to process credit cards.  These are rain or shine events, no refunds.

See the Pictures, Results and Video from First Round in Bryan TX at the Brazos Valley Off-Road Ranch: http://www.werocklive.com/2013/dirt-riot-central-series-1-bryan-tx/

See the Pictures, Results and Video from Second Round in Altus, OK at the Coppermines Off-Road Park: http://www.werocklive.com/2013/dirt-riot-central-2-coppermines-ok/ 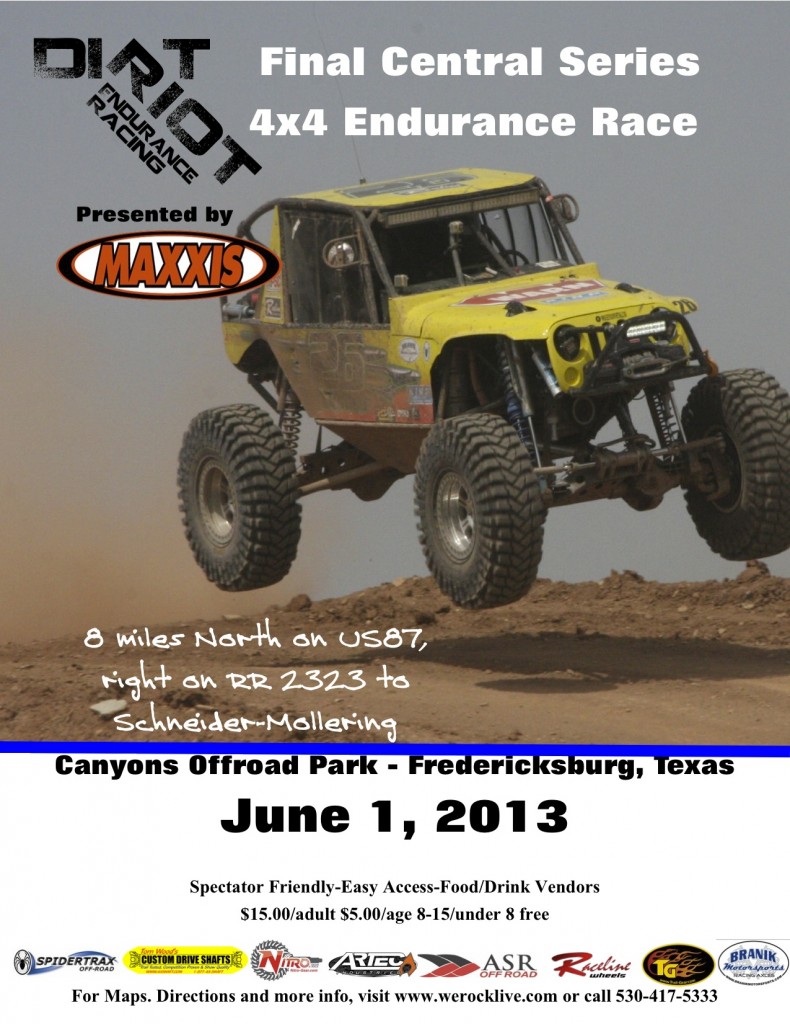