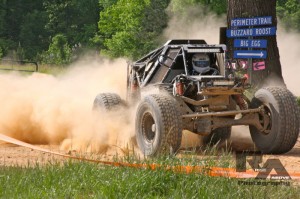 The second Dirt Riot Southeast Series race was hosted at Gray Rock ORV outside of Birmingham, Alabama in a lush green and brown environment where the safety orange color of Bill Baird’s Ultra4 car stood out not only in color, but in speed, taking the win by a full lap.  Earlier in the day Mod Trail winner Tim Carter and Stock Trail winner Travis Wilson raced against a field of over a dozen.  “We had a great time here at Gray Rock!  Everyone was very helpful and the spectators were a lot of fun.  We were happy to run all the races earlier in the day to be able to have open wheeling in the afternoon,” said Rich Klein, President and founder of W.E. Rock Events.  “Dirt Riot’s Pro 4×4 class is continuing to expand and grabbing the attention of the highest level racers that are looking for more seat time, practice and just plain fun!” 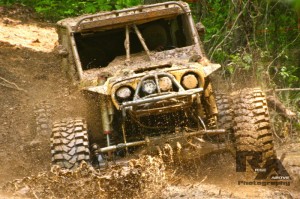 The course at Gray Rock ORV park had some great high speed sections at the beginning and end of each lap; in between saw a lot of elevation changes and tight, twisty tree sections.  “The rain had come on Wednesday and created some mud puddles that no matter how hard we tried, we couldn’t get to dry up,” explained Klein.  “By the end of the race, the mud puddles had expanded to at least 5 times their original size and we were glad that we didn’t use some sections that we had considered.”

In the 4400 class, eight cars took the green flag; after the first six laps, only half the field was still running and at a very fast pace.  Bill Baird in the safety orange 5252 was the fastest qualifier, fastest lap and leader for all of 23 laps on this 3.5 mile course.  He was smokin’ fast and consistent through the entire race for the win; Brian Shirley held the 2nd place position, keeping pace with Bill through the entire race.  The third and fourth place cars of Jeff McCullough 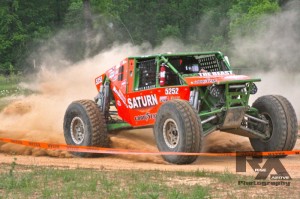 and Kevin Crews battled through all of their 15 laps.  Kevin had to pit every lap to add water to keep his radiator cooled, and luckily Jeff was running quite a ways behind him on every lap.  The drama increased when the white flag waved and Kevin took a hard roll taking over 30 minutes to complete his last lap!  Jeff appeared to be able to beat him to the finish line, but ran in to some trouble of his own, as the checkered flag was dropped, Jeff eased over the finish line just ten seconds ahead of Kevin on the same lap.  With corrected time, Jeff would secure the 3rd place finish.   Tony Arledge would complete 6 laps for fifth, Jason Carner completed 5 laps for sixth, Adam Carter took seventh and Bobby Potts would take eighth. 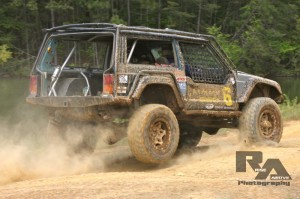 The Trail Class race in Birmingham came with a lot of heart.  Most of these drivers are good friends and had good times around the campfire on Friday night.  In the Stock Trail Class, Travis Wilson and Scott Lang battled it out lap after lap in the two-hour race.   At lap 9, Scott finally overtook Travis as first on course, although he had been first on corrected time for several laps leading up to lap 9.  Lap 10, Scott still held the lead; at lap 11, Travis came in first and then we waited….the next time we saw Scott, he was walking up to the start/finish line, he had broken the spring eye bolt and was done.  This was a farewell race for Scott Lang as he hangs up the stock Cherokee to spend more time with his family.  Not that we won’t see the Cherokee again, rumor has it Robby Bobby has already picked it up.  Scott Prince took third, Brian Gray took fourth, Roger King took fifth and unfortunately Lew Childres took a DNF at this race. 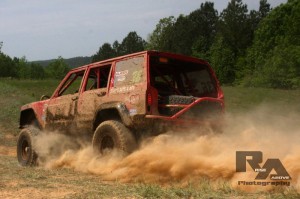 This was the second Southeast Regional Dirt Riot race of three.  The third and final race of that series will be August 24th at Durhamtown Plantation in Union Point, GA.  The next Dirt Riot race will be this weekend in Cedar City at the Three Peaks Recreation Area.  The series points are posted at http://www.werocklive.com/2013/dirt-riot-season-points-standings-2. 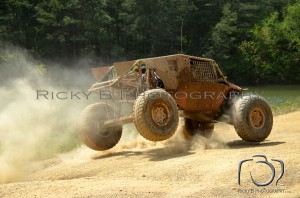 This is a great video of Bill Baird’s First Lap.  If you have ever wondered what a Dirt Riot Course looks like…Here is a Great Example! 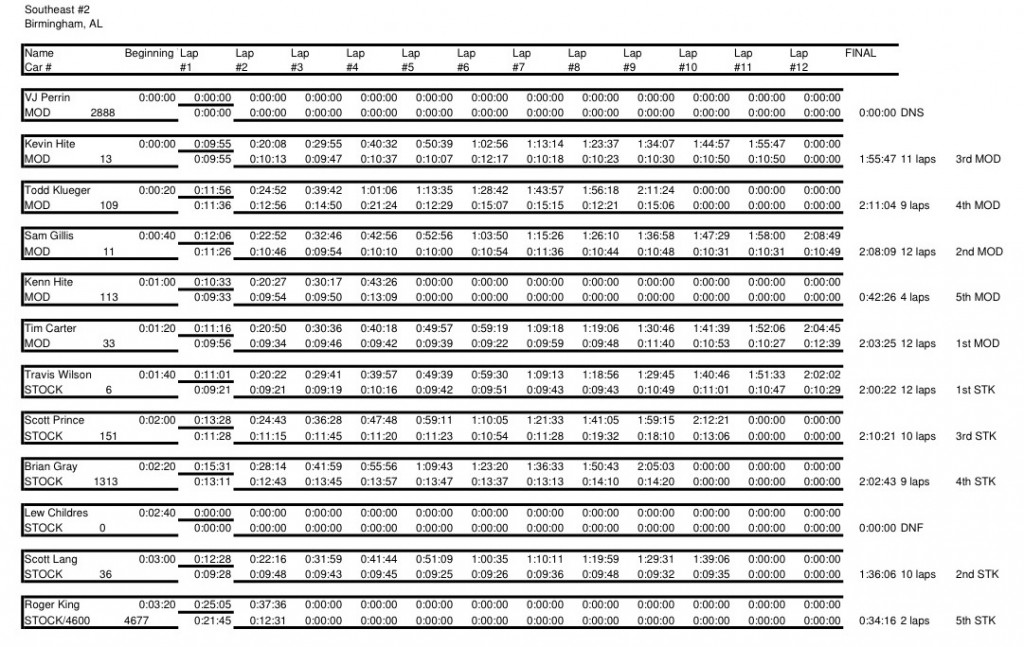 Qualifying for the 4400’s is complete

This will be the second round of three in the brand new Southeast Series.

CLICK HERE to pre-purchase tickets.  Please use this method if you would like to use a credit card. There is limited online access at most event sites to process credit cards.  These are rain or shine events, no refunds. 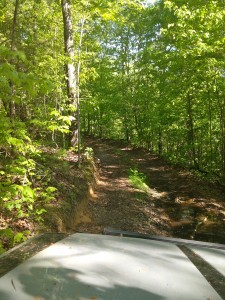 PLACERVILLE, CA   APRIL 24, 2013:  The new Dirt Riot Southeast Series will have its’ second race this weekend at Gray Rock ORV outside of Birmingham Alabama.  With multiple names already confirmed to come and race, this will be another weekend full of action and entertainment for drivers and spectators, and proof that the Southeast Series is here to stay.  Racing starts at 9am and will go until at least 3pm with awards immediately following. “I remember the first time that we visited the Gray Rock ORV Park and knew this would be a perfect place for a Dirt Riot race. We have worked all week on finalizing a course that uses their existing trail system,” said Rich Klein, President and founder of W.E. Rock Events.  “We also enjoyed the town atmosphere and knowing there were lots of 4×4 enthusiasts close by.  With that in mind, we adapted the race day schedule so local enthusiasts can come watch the race and still have time to go out and run the trails themselves.”

Drivers that are confirmed to race at this event include Birmingham Locals in the Blue Torch Fab car, Adam Carter and Bill Baird of Bill Baird Motorsports from Kentucky.  The Robby Bobby team of Roger King will be racing and a field of Stock 4×4 vehicles 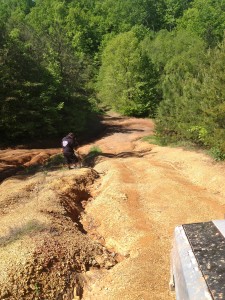 is already forming with Scott Prince, Kenn Hite and Kevin Hite already registered.  Also attending will be stalwarts of the Central Series Kyle Bruso and Tony Arledge.  Many more are scheduled to attend, and you are also welcome to join.  With only some simple safety requirements, anyone is welcome to come and race!

Spectators are encouraged to come and enjoy the day of entertainment on Saturday April 27th.  Qualifying for the 4400 4×4 group starts at 9am.  Side by side racing action starts at 10am when four classes take the course at the same time for a one hour grand prix finish race: UTV, Trail Class, Stock, and Modified Stock.  Following at 11:30am, the professional 4400 4×4 drivers will race for three hours with a grand prix finish at approximately 2:30pm.  The winners of each class are determined by the most number of laps completed in the set amount of time.  The awards ceremony and cash payout immediately 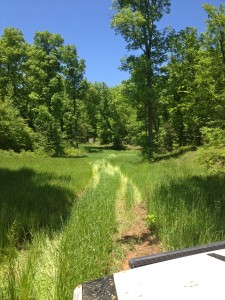 follows the final race. Admission is $15 for adults, $5 for ages 8-15, children 7 and under free and Military with ID get $5 off. There are vendors, food and amenities on site, and we encourage you to bring chairs and shade structures.  For additional details go to http://www.werocklive.com/events/dirt-riot-southeast-round-2.

The race course is approximately 3.5 miles of good racing terrain.  Gray Rock has a lot of elevation changes and tight technical trails that were connected to utilize most of their existing trail system.  The course is twisty with wooded hillsides and washout areas that cross the trails that will keep the drivers busy and on their toes, while choosing not to use some areas that were previously planned including the bunny slopes area fearing that too much moisture would make racing impossible.   It will be easy enough for UTV’s and Stock 4×4 participants to have fun, but tough enough for the Pro 4400 cars to be challenged.

After the event we will have the results, pictures and stories posted at http://www.werocklive.com/2013/dirt-riot-southeast-2-gray-rock-al 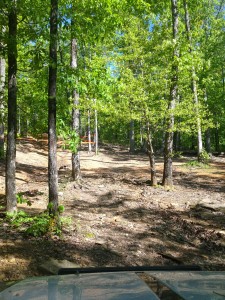 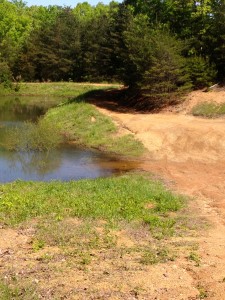 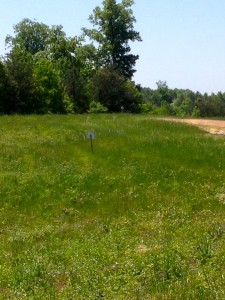 See the Pictures, Results and Video from First Round in Auburn, AL at the Great American Park: http://www.werocklive.com/2013/dirt-riot-southeast-round-1-auburn 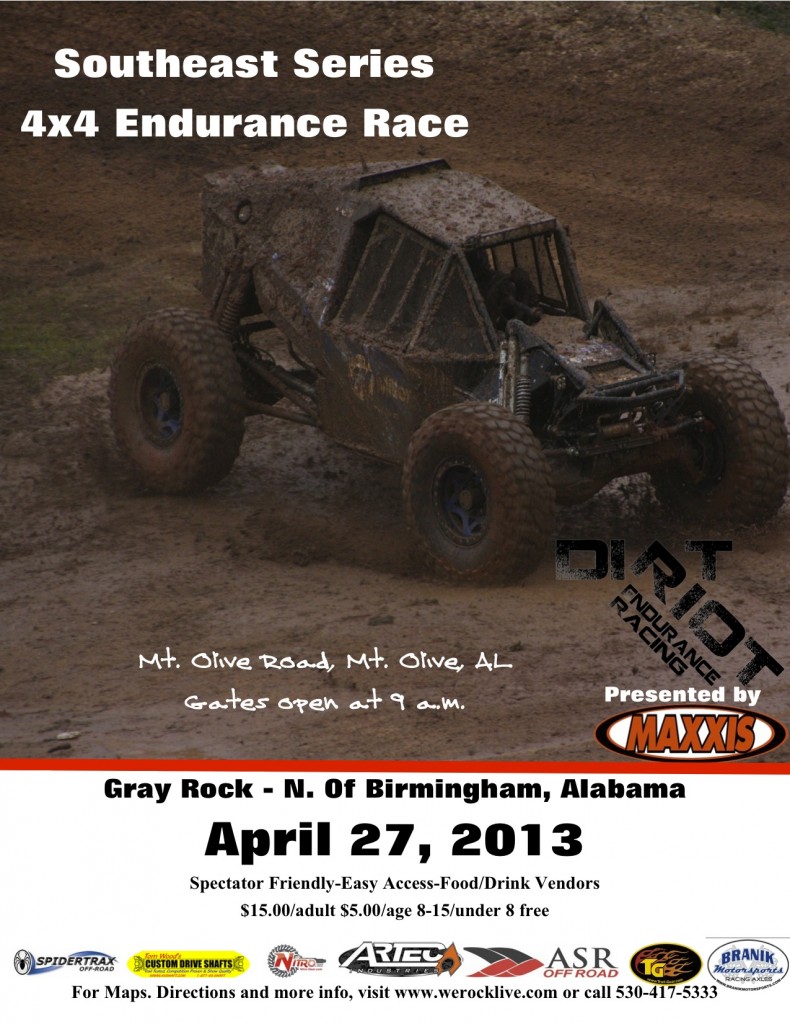