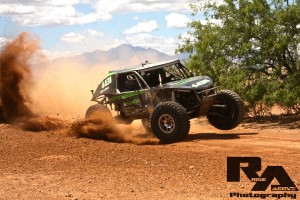 BLACKFOOT, ID   FEBRUARY 10, 2016: The 2015 Southwest Dirt Riot Series visited a new location that brought a change of pace to the series that already featured two great existing locations.  Fifty-three drivers raced for wins at the three distinctly different tracks in the second longest running Dirt Riot series. “We were extremely happy with watching the Southwest racers continue to evolve from our first year of racing in 2011 to today,” said Rich Klein, President and founder of W.E. Rock Events. “One of those racers is Jeremy Hammer from Fly-N-Hi who has raced with us since the first Southwest race and is the highest Southwest driver to place in the 2015 National Points ranking 4th with his finishes across the different series.” 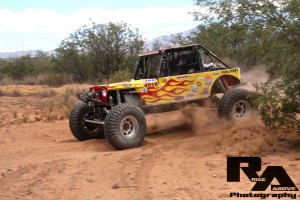 Starting off early in 2015, the Southwest drivers invaded Congress, Arizona to battle it out on an improved rock and sand wash course at Thompson Ranch.  This is also the site of the first Western Rock Crawl each year.  A combined weekend saw tons of spectators and lots of action.  From the early stages, it looked like Mike Klensin had this race in the bag, but a mechanical failure about half way in changed the standings for the 4400 class.  Winning that race was Kenneth Goodall, followed by Airen Patrick and Jeremy Hammer. www.werocklive.com/2015/dirt-riot-southwest-round-1-congress-az-2 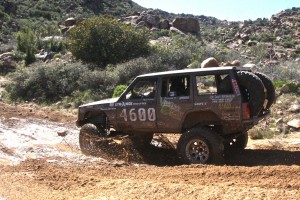 MC Motorsports Park in Tucson, Arizona hosted round two again this year, making it the longest running active course location on the Dirt Riot schedule.  With three separate terrain areas linked together: a manmade rock section, short course stadium style and a six mile desert loop, Tucson brought it all for teams and spectators alike.  The day started with Logan Goodall bringing home the overall win in the UTV race; Mitch Funk dominated the second race of the day in the 4500 car, followed closely by Dom Vallejos in the SuperMod class.  The Pro class found local, Mike Klensin in the Amanda Products car on top, followed by Dustin Isenhour, a crossover from the Mountain Series, and Darrell Gray, a crossover from the Central series. www.werocklive.com/2015/dirt-riot-southwest-round-2-mc-motorsports-park-az 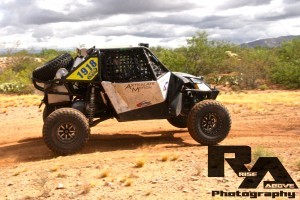 Last on the schedule was a visit to Grand Junction, Colorado.  This was a combined race with the Mountain Series.  Grand Junction can be found on the far western border of Colorado, a sandy plains area, this track was a test of patience and learning the course as the dust was nearly choking at times.  Even with the dusty conditions, the teams praised the track layout and the terrain.  A double points race for some racers participating in both series, Ben Swain took first in the 4400 class, followed by Dustin Isenhour and Chad Wheeler. Kevin Rants took first in the 4500 class by 5 seconds, and Jason Kaminsky took first in the 4600 class by 10 seconds. www.werocklive.com/2015/dirt-riot-mountain-and-southwest-round-3-grand-junction-co 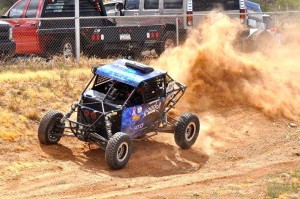 At the end of the three races, with all points tallied, the Southwest Series saw the following teams at the top for the year:  Amanda Products Mike Klensin topped the 4400 Pro class, followed by Goodall Racing Kenneth Goodall and Fly-N-Hi Racing Jeremy Hammer in third.  Mitch Funk won the 4500 class, and Tim Adkins won the 4600 class.  The Pro UTV class was won by Frank Minice, with Logan Goodall winning the Sportsman UTV class.  Dom Vallejos was the winner of the SuperMod Trail class with Jayson Mitchell and Paul Tyler following.

The 2016 Dirt Riot season is gearing up and about ready to kickoff in Congress, Arizona again. See the full schedule of upcoming events: www.werocklive.com/events. 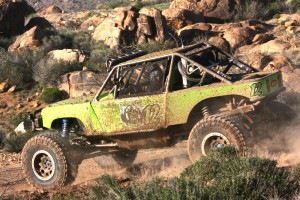 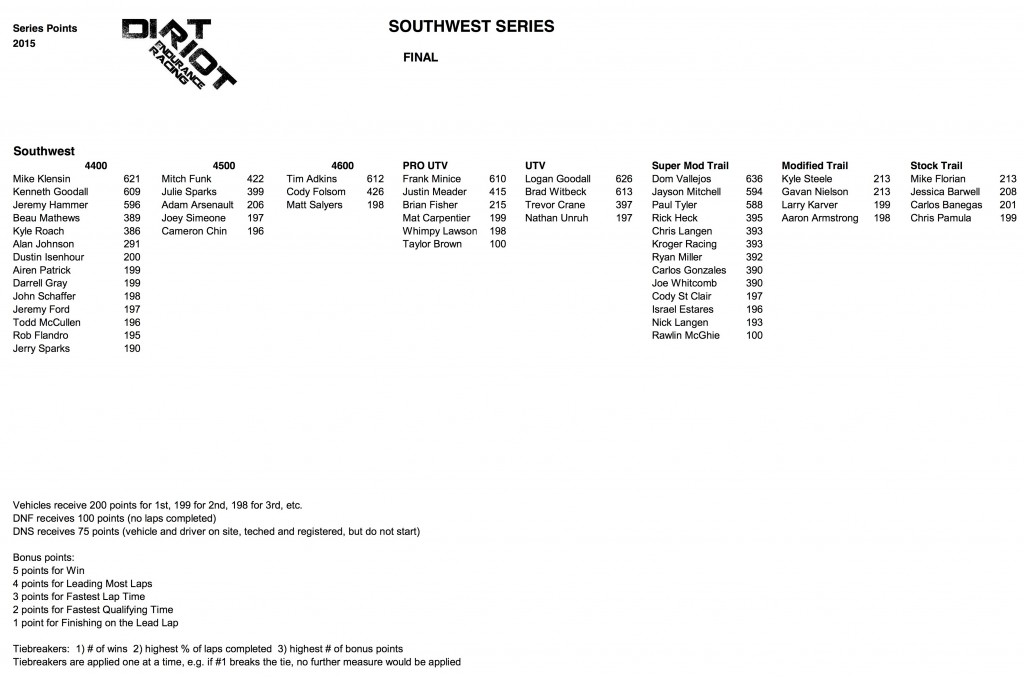